Inko Nito by Zuma is an upscale and inventive Japanese sushi restaurant situated in the heart of thriving Soho, London. As the restaurant was preparing to open its doors we designed and produced an iconic window installation for impressive, instant curb appeal. The large scale windows were framed with over 200 wooden slats which were vinyl wrapped in a montage of vintage Japanese posters. The graphics, which introduced elements of Yakuza Manga, dated back to 1920 and provided a powerful juxta position with the contemporary neon lights and modern Japanese interiors. 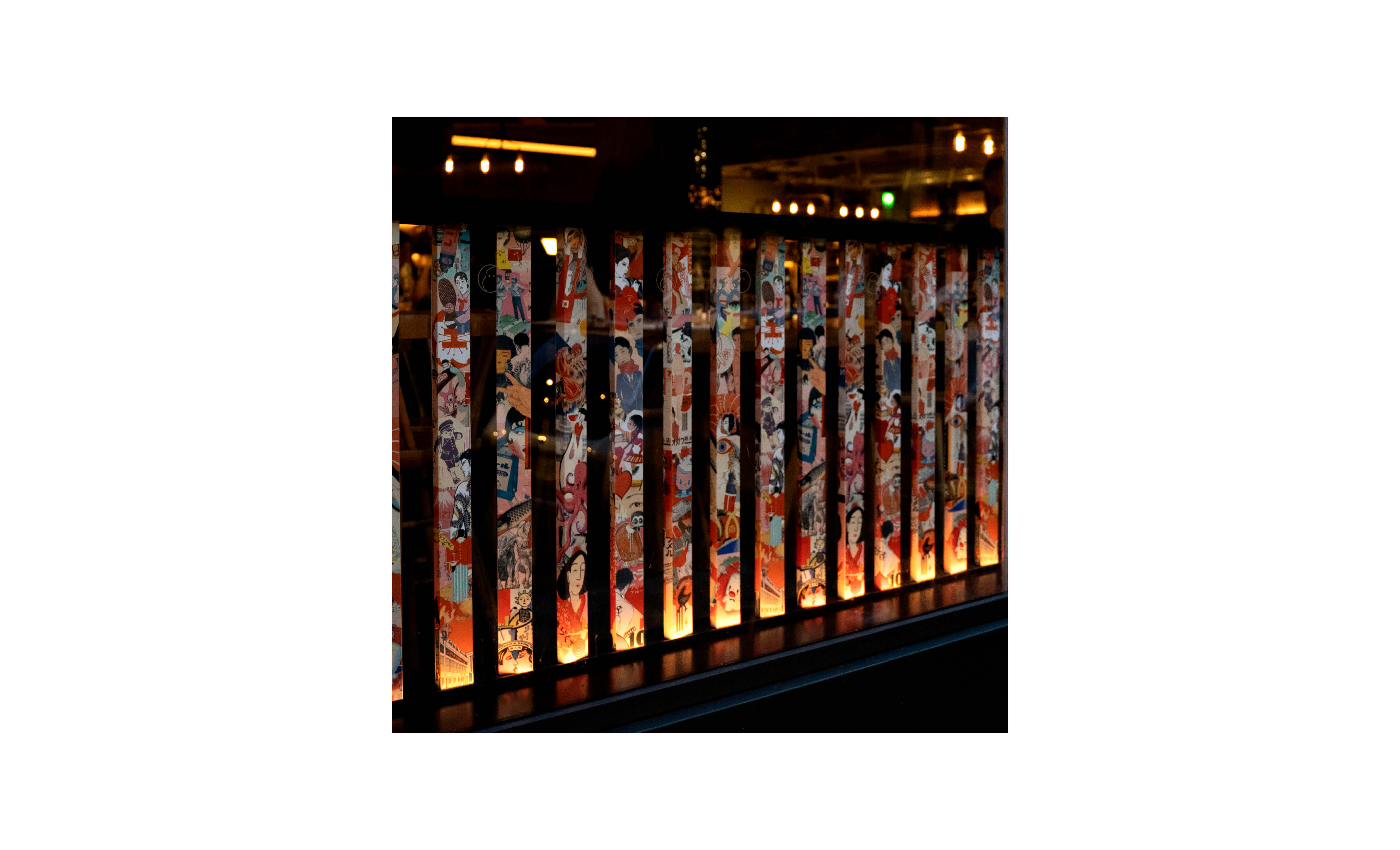 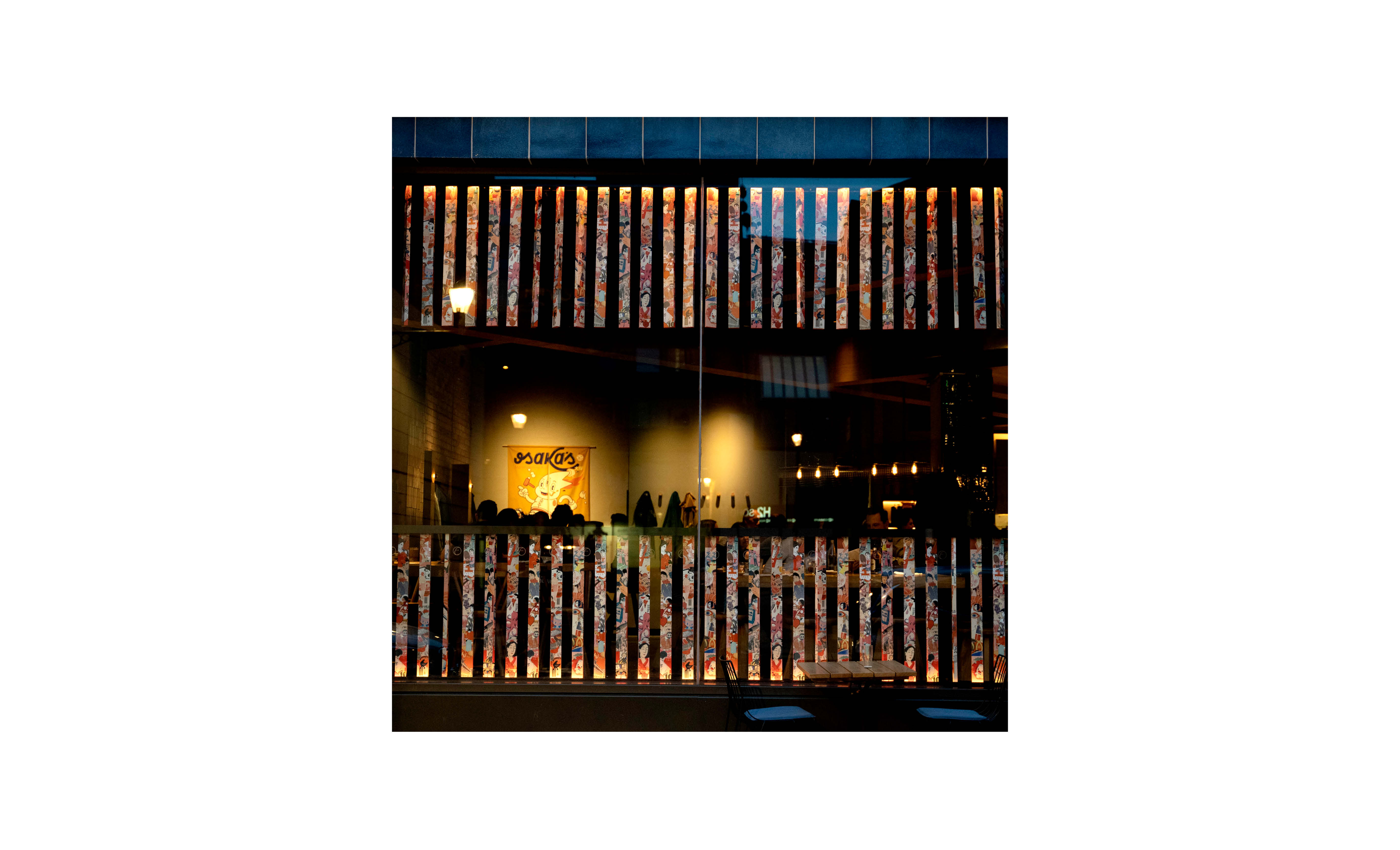 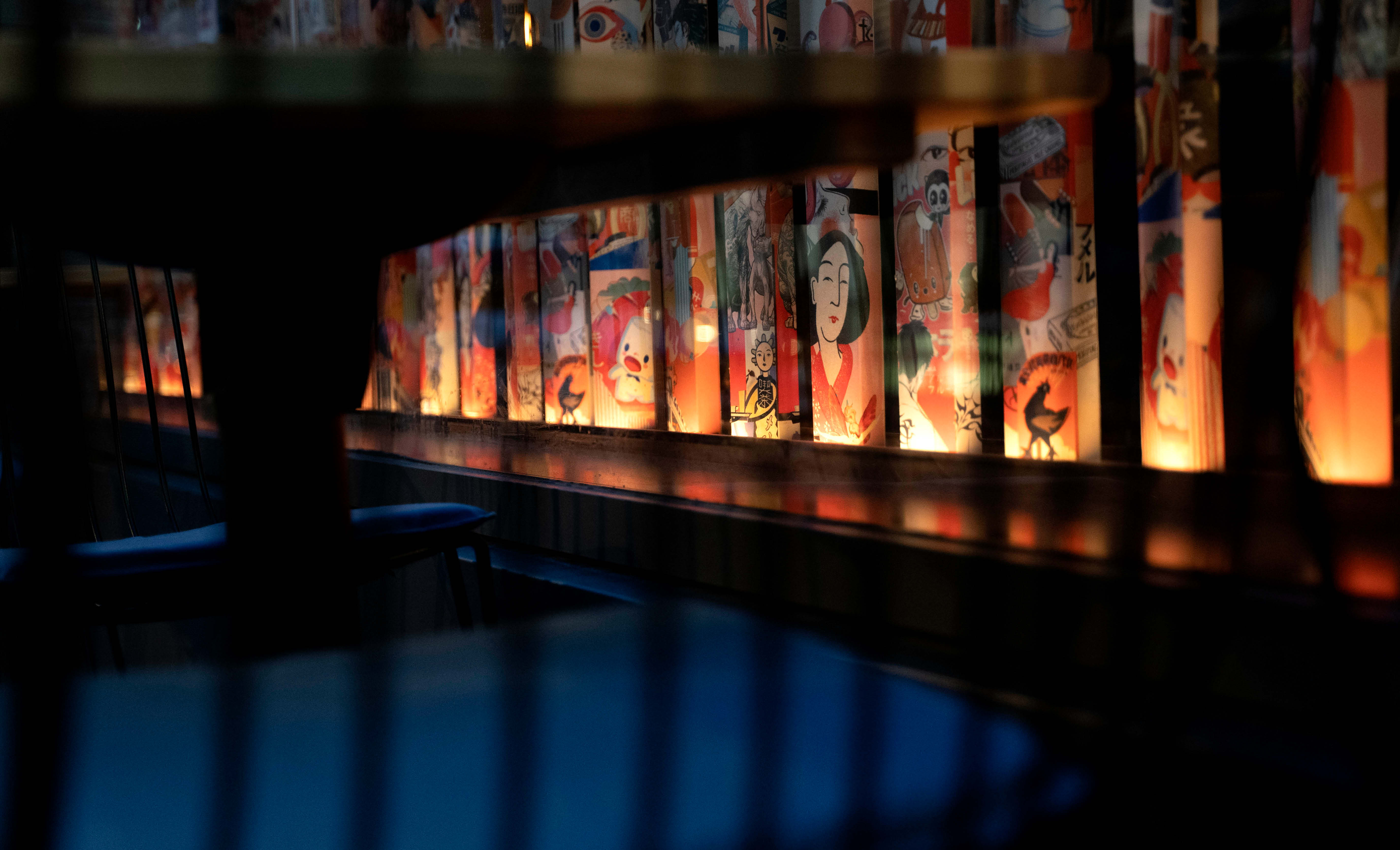